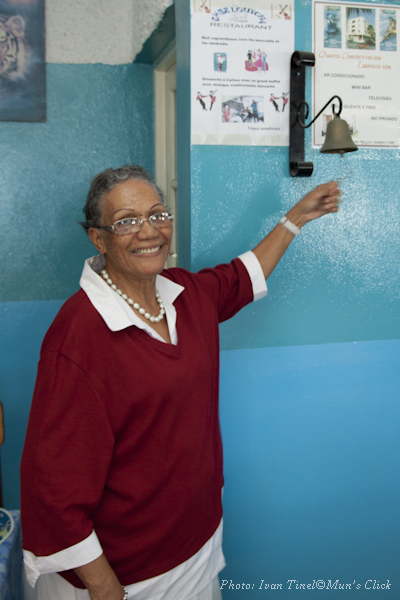 She was born in Monte Sossego, São Vicente, Cape Verde in the year 1936. In the year 1952, she accompanied her mother to Sao Tome where due to her being very young she was protected by her bosses and was required to assist by working in their houses. It was here she was given great responsibilities and ideas. She was overwhelmed to learn how to cook with great cooks; this was her first contact with foreigners.

In the year 1956, she came back to Cape Verde and re-emigrated to Senegal in 1957 where she married and had children. She was forced to leave her job and worked for herself, achieving  her dream of working in promoting her national cultures, music, dance, culinary and artistes. It was then she had an idea to open up a little business called “Chez Loutcha” in Senegal in 1971 to serve the public and later the ship cruise.

She was considered the ambassador of Cape Verde in Senegal due to her achieved success and the social cultural treatment offered to the Cape Verdean citizen and visitors.

In 1986, she opens a little branch of Chez Loutcha in Monte Sossego, Cape Verde. In 1991 she opens “Village Touristique” (Translated as Tourist Village) at Calhau. In the year 1992, she opens the “Chez Loutcha Restaurant and Bar” at Rua do Coco – centre of Mindelo City where she specialized in the Euros-Africans kitchen with super Cape Verdean night buffet on every Wednesday s and Saturdays at 8:30 pm with live traditional music and dance. Also there is super buffet along with live traditional music and dance in Calhau by 1:00pm on Sundays